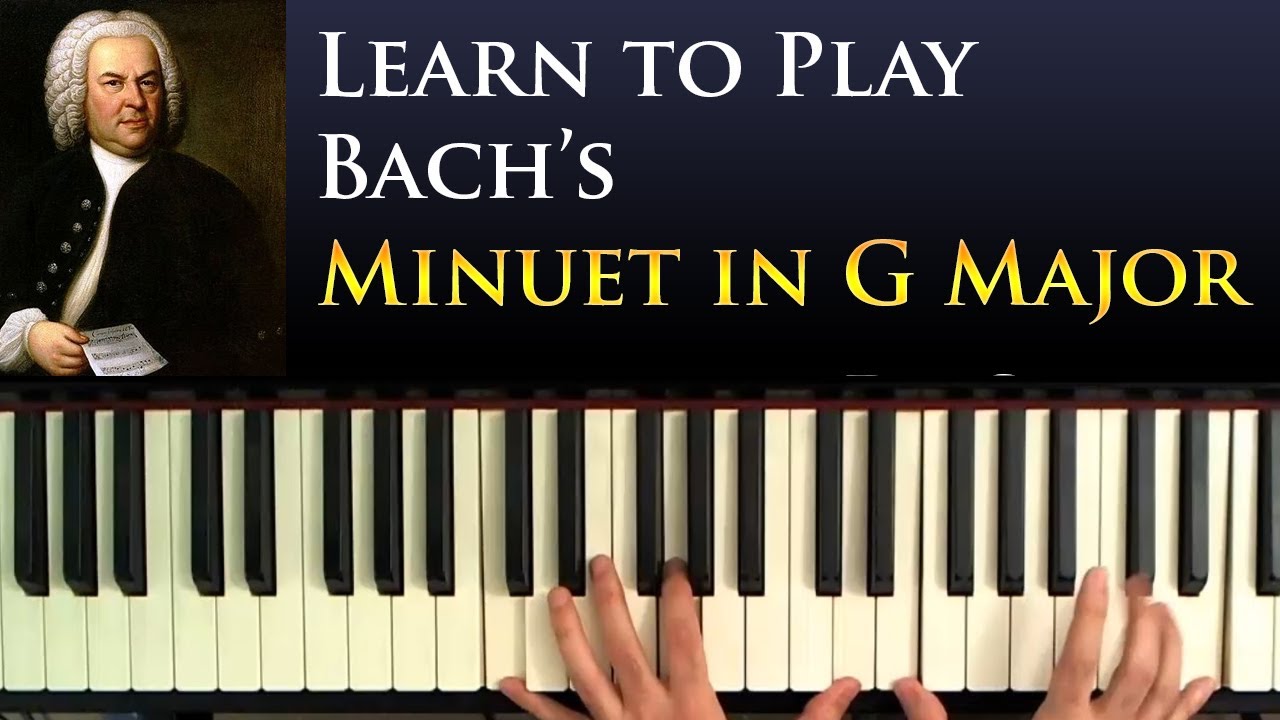 The Minuet in G major is a keyboard piece included in the 1725 Notebook for Anna Magdalena Bach. Until 1970 it was attributed to Johann Sebastian Bach (BWV Anh 114), but it is now universally attributed to Christian Petzold. Sorry Christian for not including your name in the video’s title! It’s just the people usually search for Bach when looking for this piece …

Although you don’t need sheet music for this, you can download it here, free of charge:

You DO NOT NEED the sheet music to learn how to play this. In this piano lesson I’ll walk you through the different parts without making any reference to the original score, so fear not! All you need is to watch the screen. No knowledge of reading music notation is required.

Minuet in G Major is a fun and fairly easy piece for solo piano. It’s very popular and sounds great for its skill level!

From Wikipedia (http://en.wikipedia.org/wiki/Le_cygne):
“The Minuet in G major is found in the 1725 Notebook for Anna Magdalena Bach, where it appears with its companion piece, Minuet in G minor, as a pair to be performed da capo. The notebook in question, which belonged to Johann Sebastian Bach’s second wife Anna Magdalena, is a compilation of music by various composers of the late 17th and early 18th century, including François Couperin, Georg Böhm, Johann Sebastian Bach himself and possibly some of his sons (e.g., Carl Philipp Emanuel Bach). Most of the entries in the 1725 notebook were made by Anna Magdalena herself, and a few were contributed by Johann Sebastian and various friends of the Bach family. Only a few composers are identified in the notebook. The Minuet in G major and its companion are two of the many anonymous works included. In the 1970s the Minuet in G major was identified as a piece from a harpsichord suite by Dresden organist Christian Petzold.”

You are most welcome to drop by my channel and check out many other piano lessons, tutorials and tips and tricks. Here is just a small selection: