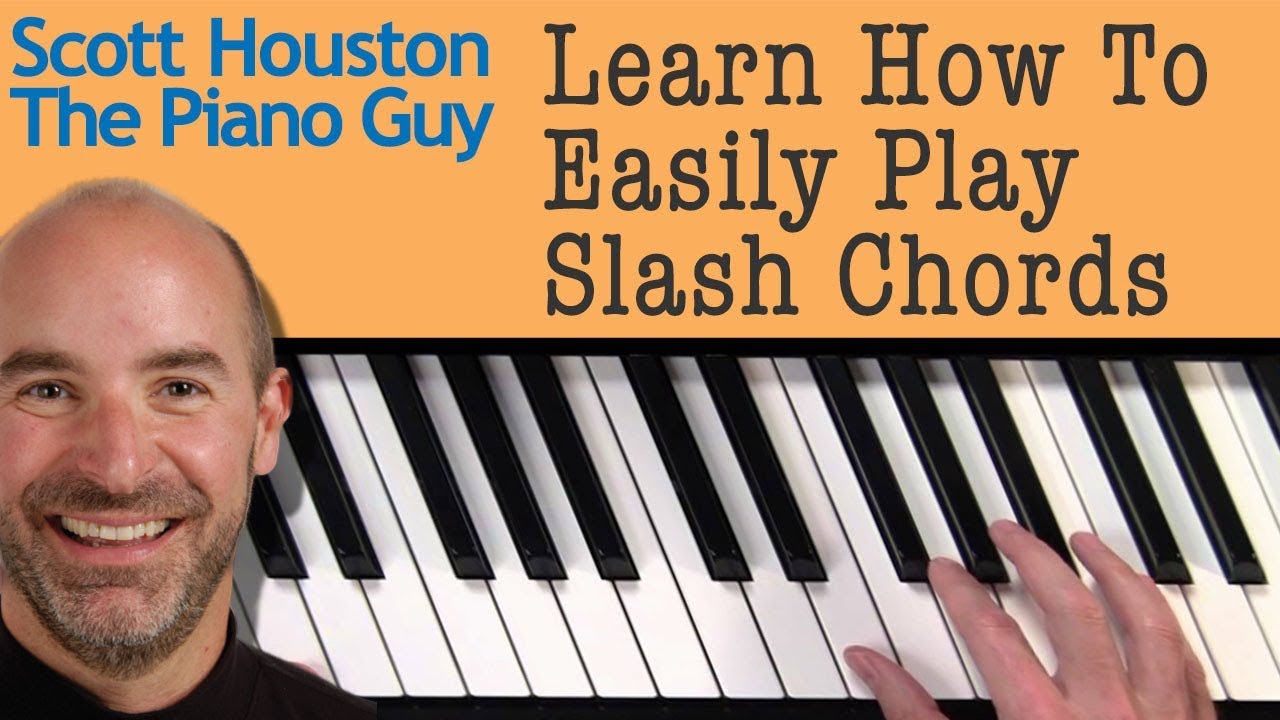 In today’s tutorial, Scott will be covering some common music theory and teaching you about playing slash chords on the piano. Slash chords are a pretty easy concept and take no time at all to learn!

Scott first goes over how you would typically see a slash chord on piano music sheets. Even though they look complicated, they aren’t that tough! However, before Scott digs any deeper, he’ll need to cover what the “root” of a chord is.

The last example Scott uses is an F / A. You play an F chord, but the A has to be the lowest note you hear. However, in this chord, the A note is already in the chord you play, so instead of playing it like a traditional slash chord, you could feasibly make it an inversion and play the F on top.

So, why do they use slash chords in playing the piano? There are some chord theory reasons, but in practical terms, it is a way that a composer can tell you to play a particular bass, especially when a bass is a very critical component to the song.

Scott’s life goal is to help you learn to play piano through piano lessons that you can take anywhere and at any time to get you started having some fun at a piano or keyboard as quickly as possible.

Enroll In Your Free Intro Course

Interested in our full Courses? View the syllabus for Course 1 below:

Sign Up for our Piano Notes Newsletter (and two FREE Gifts!)