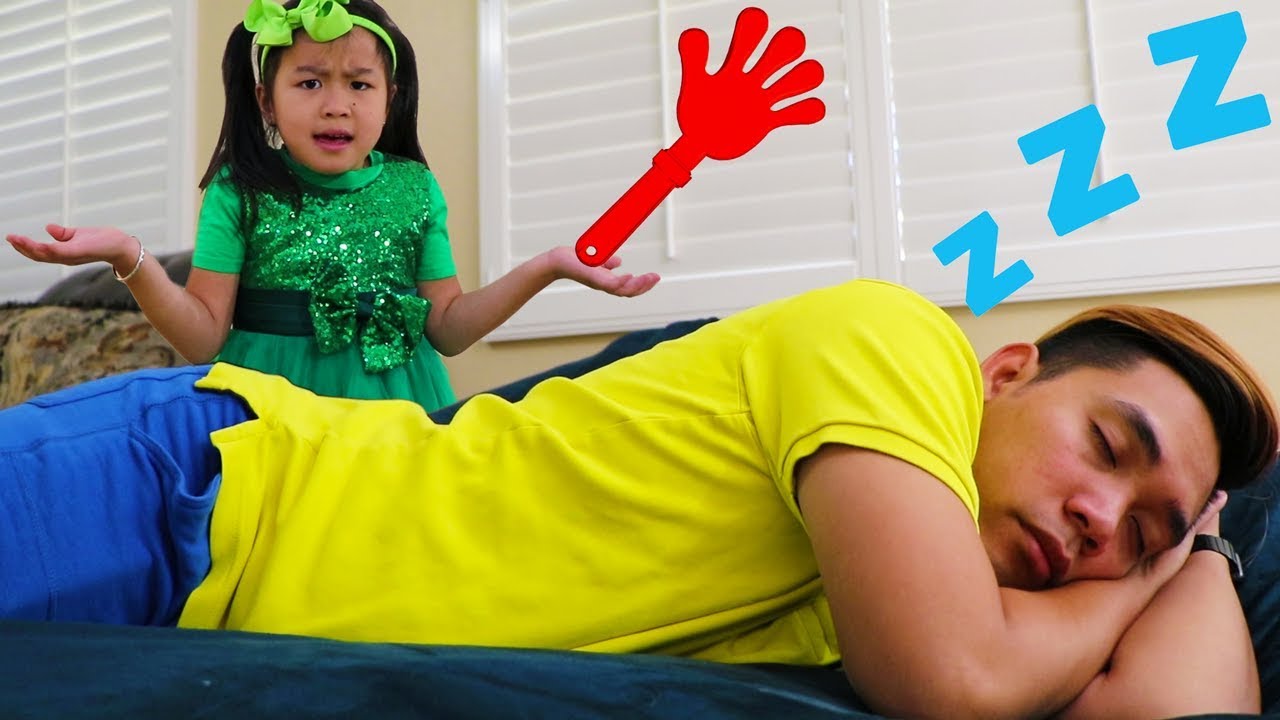 Kids
Share on Facebook
Share on Twitter
Share on Pinterest
Share on LinkedIn
Jannie pretend play with her giant piano mat toy for her music performance and wakes up Uncle John because she is late! Jannie misses the bus and goes ask Uncle John to take her to her music performance. Uncle John wouldn’t wake up and Jannie tries many different ways to wake him up. She tries using a megaphone, a giant red hand clapper, and a feather to tickle his feet. Nothing seems to work, so she decides to sing him his favorite nursery rhyme song Twinkle Twinkle Little Star. Uncle John finally wakes up and takes her music concert performance. Uncle John takes her his wagon, but it got stuck! They decide to run to music school, but was late so she get points deducted from her test score. Auntie tells her to go home and practice to make her performance better and more fun. They go to the music store and buy a giant piano mat and a new cute dress to wear. She goes home to practice and takes the test again. She passes the second time with flying colors!
Share on Facebook
Share on Twitter
Share on Pinterest
Share on LinkedIn