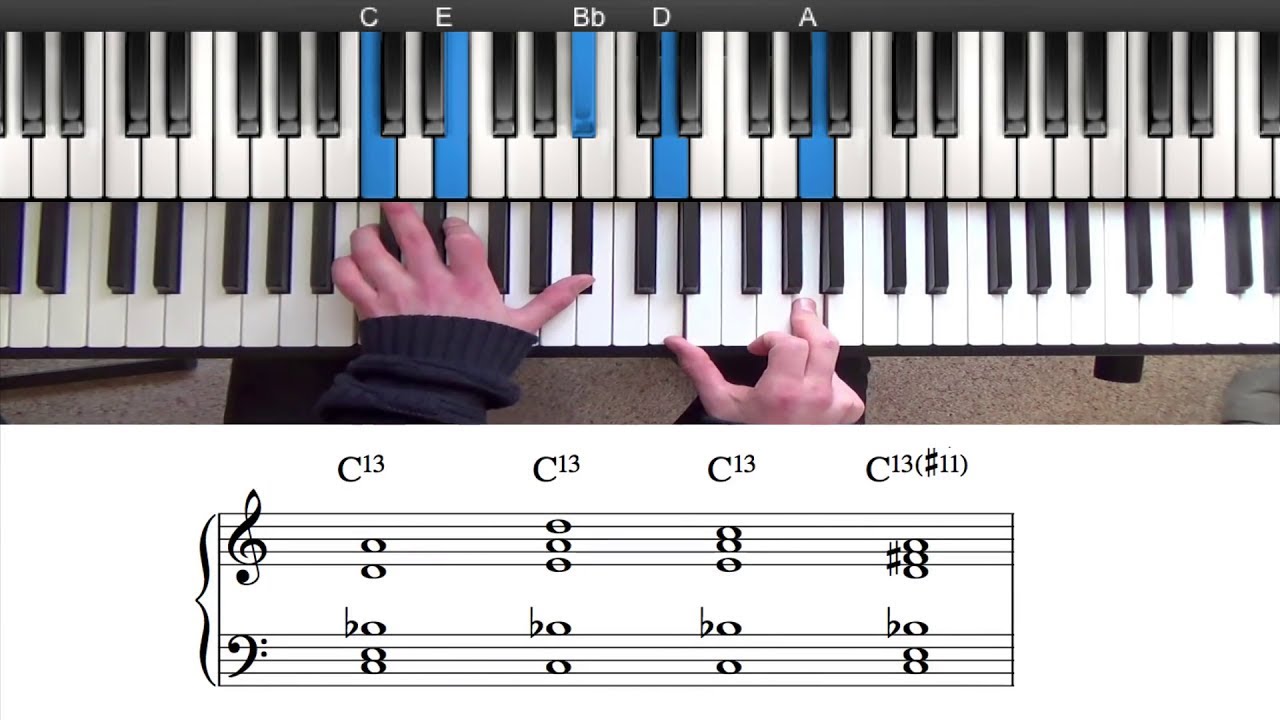 Extended jazz piano chords create a richer and more complex sound than triads and 7th chords and so they are used in jazz music to create more interesting harmonic progressions.

This lesson provides an introduction to chord extensions, explaining what they are and where they come from. We will then look at some of the most common extensions for major, minor and dominant chords and review the most effective way to practise these extensions to be comfortable playing them in all 12 keys.

What Are Chord Extensions & Where Do They Come From?
Chord extensions occur when you extend a chord beyond the 7th note of the scale which takes you past the octave mark.

There are three extensions, the 9th, the 11th and the 13th. If we continue to extend the chord past the 13th we get back to the root of the chord so the 13th is the highest chord extension that you need to learn.

Be aware that on lead sheets and jazz standards, chord extensions may or may not be indicated in the chord symbol. This is part of the freedom you have as a jazz musician – you can interpret and play the music however you like.

Major Chord Extensions
With major keys, the common extensions include the 9th, sharp 11th and the 13th. We use the sharp 11th (an 11th that has been raised by half a step) due to the half step interval between the major 3rd and the natural 11th. This half step interval sounds very dissonant so instead the 11th is sharpened to create a full step interval which sounds much more palatable.

Minor Chord Extensions
With minor chords, the common extension include the 9th, the natural 11th. In minor keys there is a whole step interval between the minor 3rd and the natural 11th which makes 11th chords sound much more consonant than in major keys. However, in minor keys, there is a half step interval between the 13th and the minor 7th which is very dissonant so the minor 13th chord is not as common as minor 9ths and minor 11ths.

Dominant Chord Extensions
Dominant chords are by far the most complex of the three chord types in terms of extensions – pretty much anything goes here and it’s perfectly fine to have the 9th, sharp 11th and the 13 all in the same chord!