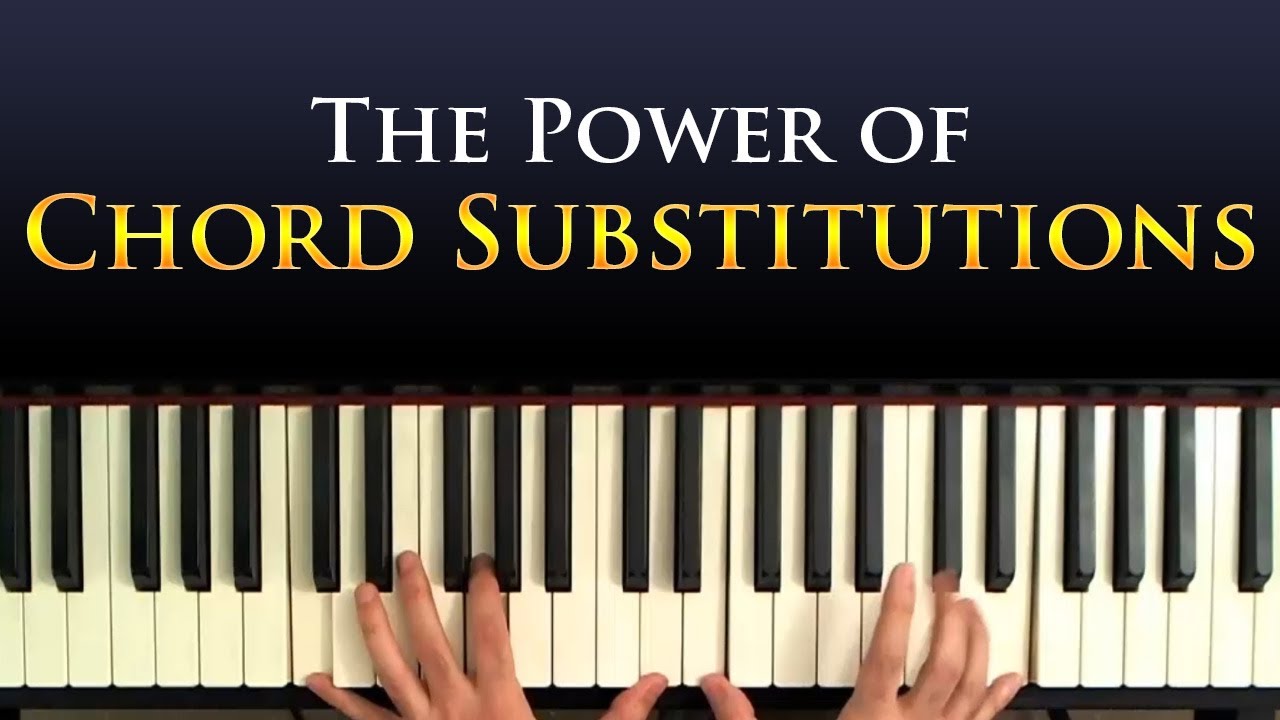 Chord Substitutions are one of the most powerful concepts in harmony, be it pop, jazz or any other. Substitutions can take a very ordinary sounding chord progression and really make it into something with interesting harmony. With this video you will learn how to use chord substitutions in your own playing, whether your instrument is piano, guitar or any other!

What is a Chord Substitutions?

As its name implies, whenever you’re changing one chord for another chord or for another set of chords you’re performing a substitutions. The trick is of course knowing which chords to change and when, which is what this video is about.

More About Chord Substitutions from Wikipedia:

In music theory, chord substitution is the advanced technique of using a chord in the place of another, often related, chord in a chord progression. Jazz musicians often substitute chords in the original progression to create variety and add interest to a piece. The substitute chord must have some harmonic quality and degree of function in common with the original chord, and often only differs by one or two notes. Scott DeVeaux describes a “penchant in modern jazz for harmonic substitution.”
For more, visit: http://en.wikipedia.org/wiki/Chord_substitution

My channel has many additional piano tutorial videos which I welcome you to check out. The main channel page is:
http://www.youtube.com/user/MangoldProject?feature=watch

Here’s an interesting video about voicing the 2-5-1 progression:

How to modulate between keys using the 2-5-1 progression:

My playlist of inspiring piano harmony, chord and voicing tips and tricks:

(Inside you will find additional major chord voicing ideas for piano!)