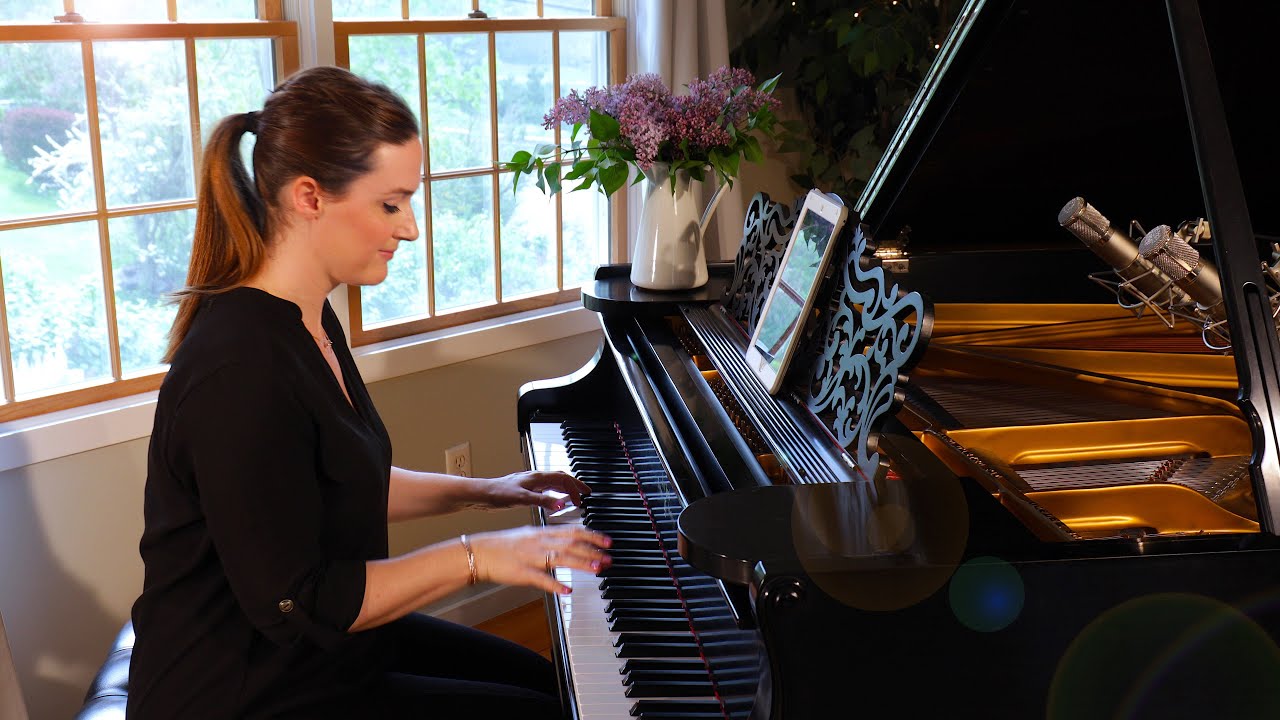 Hey guys! It’s a bit unusual that we’re posting classical music on this channel, but we thought you guys might like this one! 🙂 Marnie first played this piece when she was about 7 years old. It’s been one of her favorites ever since and she thought it would be a fun one to record for her solo album. If you like this video, please head over to our other channel, Brooklyn Classical and subscribe there – we’ll be posting lots of classical videos in the next few weeks and we’d love for you to join us.

As we mentioned, you can hear this piece on Marnie’s solo album, along with more favorites by Beethoven, Chopin, Brahms, and Debussy. Check out the links in the description, or find the album anywhere you get your music (just type in “Brooklyn Classical”). Thanks so much…we hope you enjoy it! We’ll see you this weekend for a regular Brooklyn Duo video 🙂

Founded in 2014, Brooklyn Duo has quickly established itself as one of today’s most successful classical crossover ensembles. Through its creative arrangements and live video performances, the piano and cello duo has garnered a huge following, with over 600,000 YouTube subscribers, and over 150 million streams annually on platforms such as Spotify and Pandora Radio.

On a whim, the couple arranged and recorded two pop covers and released them on YouTube. Shakira noticed the duo’s cover of her song Empire and promoted it to her 130 million-plus fan base, saying: “We’re loving Brooklyn Duo’s piano/cello cover of Empire! Great work guys.” The boost that resulted from that exposure and the positive response they were getting on YouTube encouraged the couple to continue creating videos.

Since then, Marnie and Patrick have released over 80 videos on their Brooklyn Duo YouTube channel and 7 albums of covers, spanning artists from The Beatles to Metallica to Taylor Swift (who also tweeted about them, saying their cover of her song “Blank Space” sounded “like a song people should walk down the aisle to”). In 2016, the couple started a second YouTube channel, Brooklyn Classical, with the goal of introducing classical music to a larger audience. With this new channel, Marnie and Patrick aim to showcase high quality, live performances of classical music. Brooklyn Classical often hosts high-profile guest artists, including the world-renowned Dover and Escher string quartets and percussionist Ivan Trevino.

In 2017, Marnie and Patrick partnered with Carnegie Hall and Ensemble Connect, a collective of some of the best young musicians in the U.S., to produce a cover of a-ha’s “Take On Me”. The video went viral and garnered millions of views in just a few months. Popular classical music stations Classic FM and WQXR regularly share Brooklyn Duo’s music on their social media pages, with Classic FM calling the duo “masters of the artfully planned pop cover.” One of their covers was also recently featured in an episode of ABC’s Grey’s Anatomy.