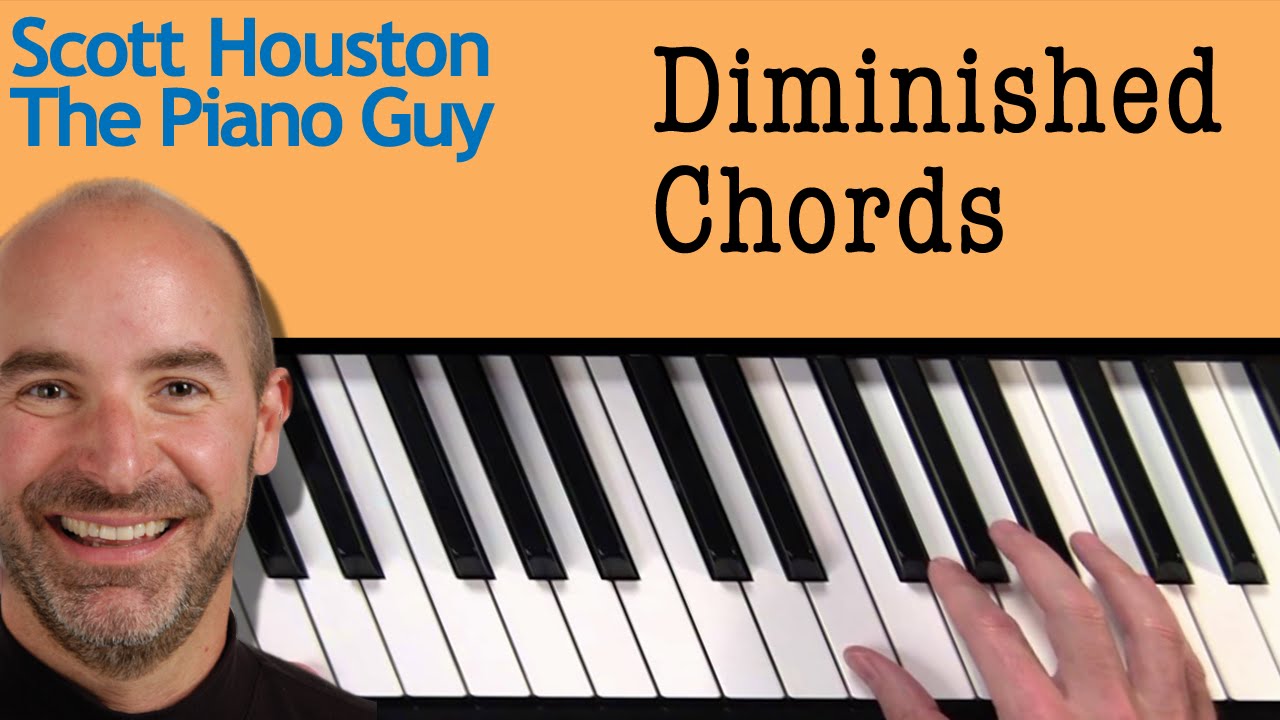 
Take some piano lessons from Scott Houston “The Piano Guy.” In this video, Scott shows you how to figure out the notes in any diminished chord on a piano, keyboard or organ.

Houston simply wants to help you teach yourself piano skills to get you having some fun at a piano as quickly as possible. He has had many folks ask him how to figure out what notes comprise a particular chord they come across while learning a particular tune. Today, he will share his easy method to figure out diminished chords with you.

A diminished chord can be written using the DIM symbol after a chord such as G DIM or with a little circle after the chord name.

In order to figure out the notes for any diminished chord you come across, Scott Houston first shares with you a formula and what a piano half step is. The formula for an augmented chord is R-3-3 .

The Piano Guy also includes a link to access a free chord chart that you can print out as a handy chord chart guide. Click below to download it: