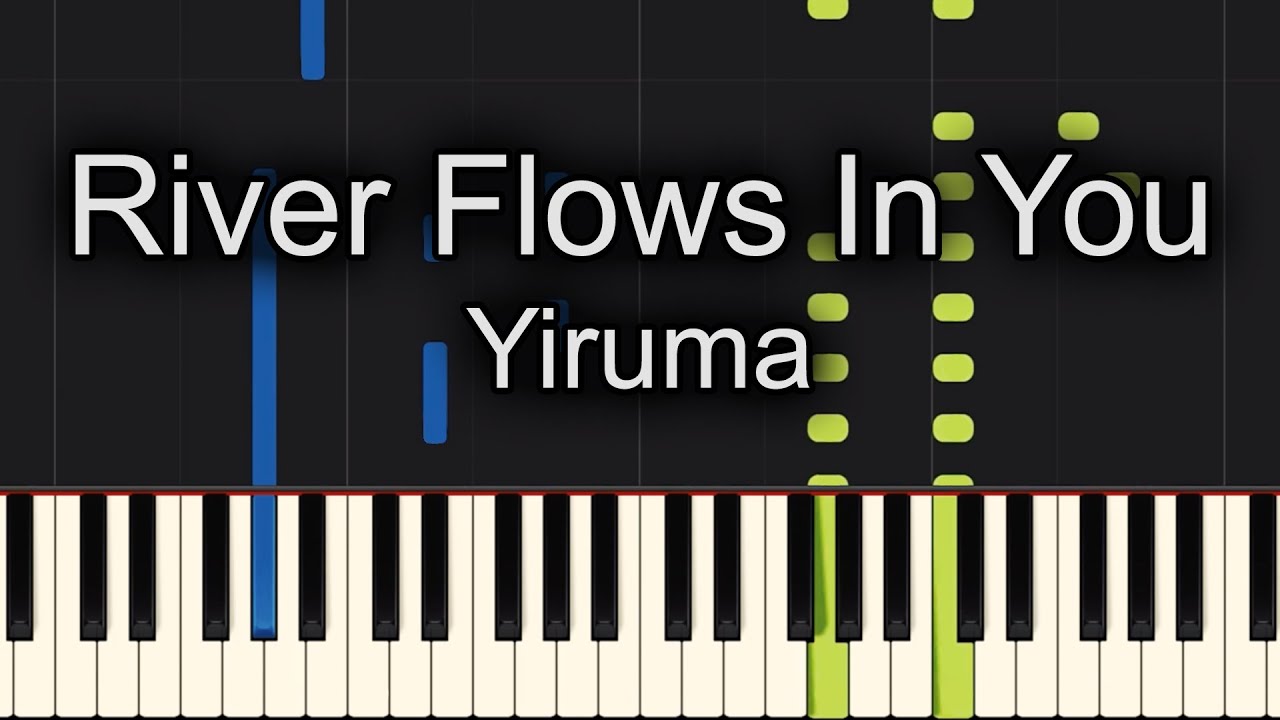 Beginner
Share on Facebook
Share on Twitter
Share on Pinterest
Share on LinkedIn
Play River Flows In You on Piano EASY SLOW!! This was the song that got me started playing piano. I always like the piano as an instrument, but when I heard this, I wanted to play it soo badly, that I choose this piano song as my ultimate piano goal, when just starting out. How about you? What would you like to be able to play on your piano? How do you want to develop your piano skills?

WATCH ALL OF MY LESSONS HERE:
http://www.youtube.com/pgnpiano
=====================================
About Yiruma:
Lee Ru-ma (Korean: 이루마; born February 15, 1978), better known by his stage name Yiruma (Korean: 이루마), is a South Korean-British pianist and composer. Yiruma frequently performs throughout Asia, Europe and North America. His alma mater, King’s College, London, helped him gain European popularity and recognition. Among his most popular pieces are “River Flows in You”, “Love Hurts”, “Kiss the Rain”, and “May Be”. Yiruma’s most popular album, First Love, was released in 2001.

He began playing the piano at the age of five and moved to London when he was 10, in 1988, to study at the Purcell School of Music. He held dual citizenship, South Korean and British, until 2006, when he gave up his British citizenship to serve in the South Korean Navy.

Lee Ru-ma was born and raised in South Korea and educated in England. Yiruma began playing the piano at the age of five and subsequently moved to London at the age of 10 (1988), for the purpose of studying at the Purcell School of Music. In December 1996 he participated in the album The Musicians of Purcell (Decca). Graduating from Purcell School of Music in July 1997, Yiruma continued his musical aspirations and completed a Composition major from King’s College, London in June 2000. While studying at King’s College, the pianist released his first album, Love Scene, through DECCA records.

Additionally, during his time in college, he participated in a musical tour in Europe. Making a historical impact for his country, Yiruma was the first Korean artist to receive an invitation to perform at the 2002 MIDEM in Cannes, France. Early in his career, his albums were released in Europe and Asia; they are now available internationally through various online sources such as iTunes, Amazon, and Yiruma’s recording label STOMP Records.

In 2001 he released his most popular album to date, First Love. His No. 1 selling piece “River Flows in You”, written in A Major, was on this album, and since 2001 this piece has been released on two other albums (First Love [Repackaged] and Wedding Essentials: The Ceremony). Yiruma released his third album, From The Yellow Room in 2003. Pre-order sales topped 30,000 copies, and the album was top-ranked on many popular music charts, including Yes24, Phono, and Hot Tracks. His 12-city Korean tour was a sellout, as well as his November concert at the Seoul National Arts Center.

His fourth album is POEMUSIC. In 2006, the following year, he composed a main theme piece for a popular KBS drama, Spring Waltz. In his fifth album, h.i.s monologue, he utilized prepared piano. Yiruma has composed soundtracks for musicals, films, and plays. Though successful in the music industry, Yiruma, as all South Korean males are required to, joined the South Korean military. In 2006, he gave up his British citizenship when he enlisted in the Korean Navy.

Upon completing his service in the Korean Navy, he began the 2008 Yiruma Come Back Tour, Ribbonized, in 20 cities across Korea. Additionally, on January 1, 2009, he became a DJ for KBS1FM Yiruma’s Music from All Around the World.

You will find a new piano cover or new piano lesson on this channel every day! Piano tutorials and piano lessons can be found as well with over 1000 videos uploaded since the beginning of this piano youtube channel. If you are looking for free piano lessons, piano covers, piano songs and piano education, this is where you want to be!