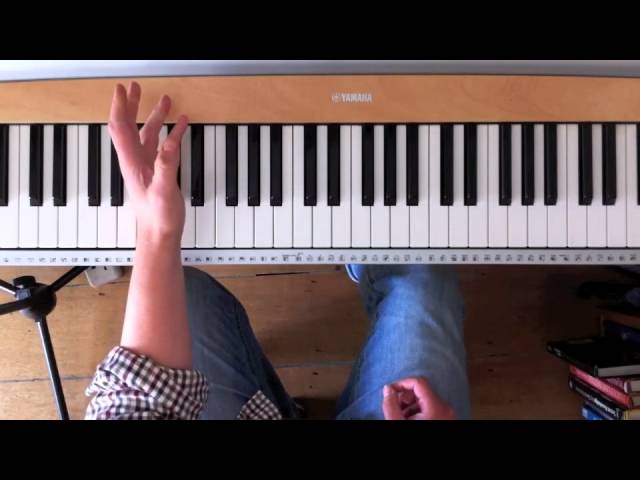 Some pianists can have difficulty with getting swing rhythms right in their jazz and blues playing – usually as a result of the different approach keyboard they’ve been taught during classical lessons. This tutorial helps you get to grips with creating a good swing on the piano keyboard.

People who have a training in classical piano often have real difficulty mastering a true swing. I think this is related to the way it’s sometimes written in standard music notation. The dotted-quaver (quarter note) followed by a semiquaver (sixteenth note) model is miles away from a true representation of how swing rhythm actually sounds. As I explain in the video, a triplet-based model is much closer, but it’s rarely used in sheets, and even it doesn’t always exactly capture the way a swing is played.

That’s because swing rhythms are based on much more than note length – they’re also heavily affected by note emphasis, which in turn is governed by the off-beat stress that characterises most jazz and blues. (Classical music, folk, hymns, marches, pop, rock and all the rest place emphasis on beats one and three of four beat bars – just listen to a rock drummer, with bass on beat one and snare on beat three. Jazz and blues emphasize beats two and four).

Anyway, this tutorial should help you get just a bit closer to a true swing rhythm on the piano. As with all techniques, it takes a bit of time and practice at the piano keyboard to master!