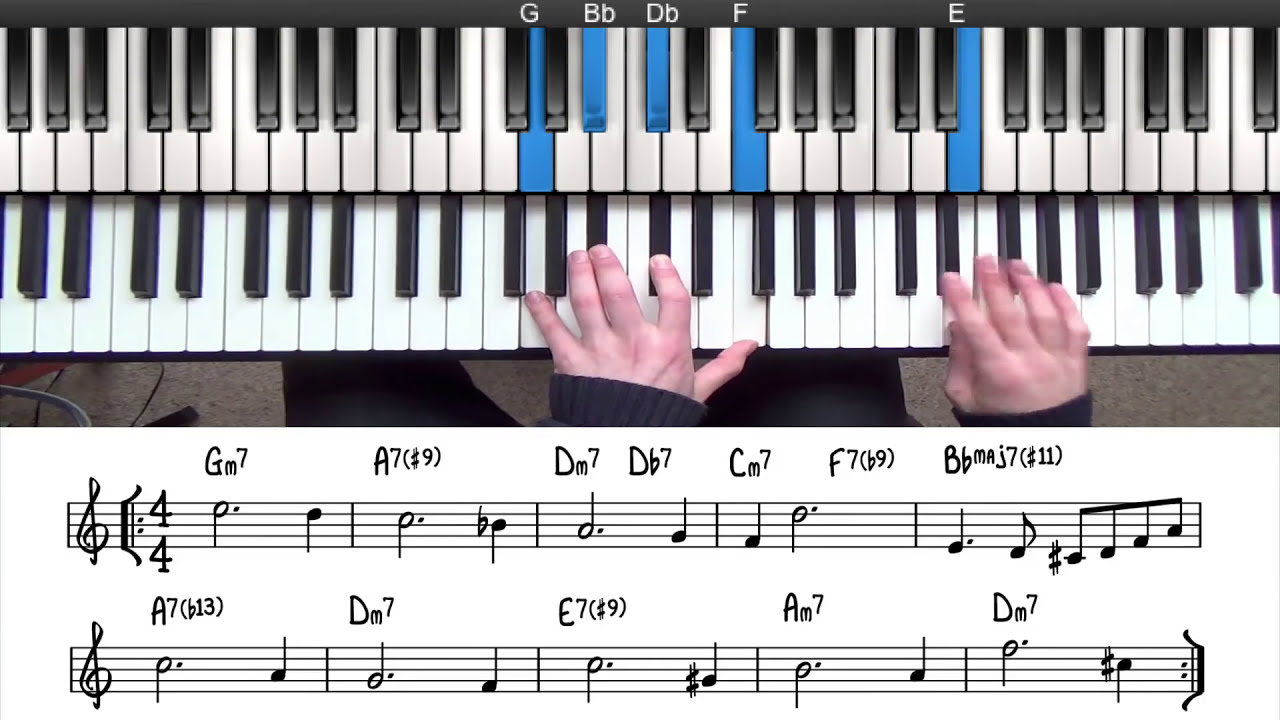 Download a PDF of these rootless voicings in all 12 keys: http://bit.ly/rootless-voicings-pdf

Introduction
Rootless voicings are also known as left hand voicings or Bill Evans voicings so be aware that these three terms refer to the same thing. In this lesson we are going to cover what a voicing is, what makes it rootless and why we use rootless voicings.

We are then going to build rootless voicings for major, minor and dominant chords and then cover the best way to practise these voicings so that your are comfortable playing them on demand in all 12 keys.

What is a Voicing & What Makes it Rootless?
A voicing is the way that we choose to spread out or arrange the notes of a chord on the keyboard. We learn in the lesson on chord extensions that we can extend the chord past the octave to play the 9th, 11th and 13th .
To play a rootless voicing, we leave out the root of the chord and play one of the extensions instead so for example we could play the 3rd , 5th , 7th and 9th of the chord.

Why Do We Use Rootless Voicings?
Rootless voicings achieve very smooth voice leading in a 251 progression which has 2 main benefits:

The first is that the chords will flow from one to the next very smoothly which sounds great to the listener!

The second is that it reduces hand movement to a minimum so that you can move from one chord to the next very easily and focus you attention on soloing in your right hand.

Rootless voicings free up a finger for more interesting and colourful note choices such as a 9th, 11th or 13th which makes your playing sound more professional.

If you are playing in a jazz band, the bass player will have the root of the chord covered so there is no need for you to play it.

Inverting Rootless Voicings
There are two important inversions that you need to learn for rootless voicings – Type A and Type B.

By inverting rootless voicings you can always play them on or close to the centre of the piano to get the best sound.

Instead we substitute the 5th for the 13th. This creates tension and dissonance between the 13th and then b7th .