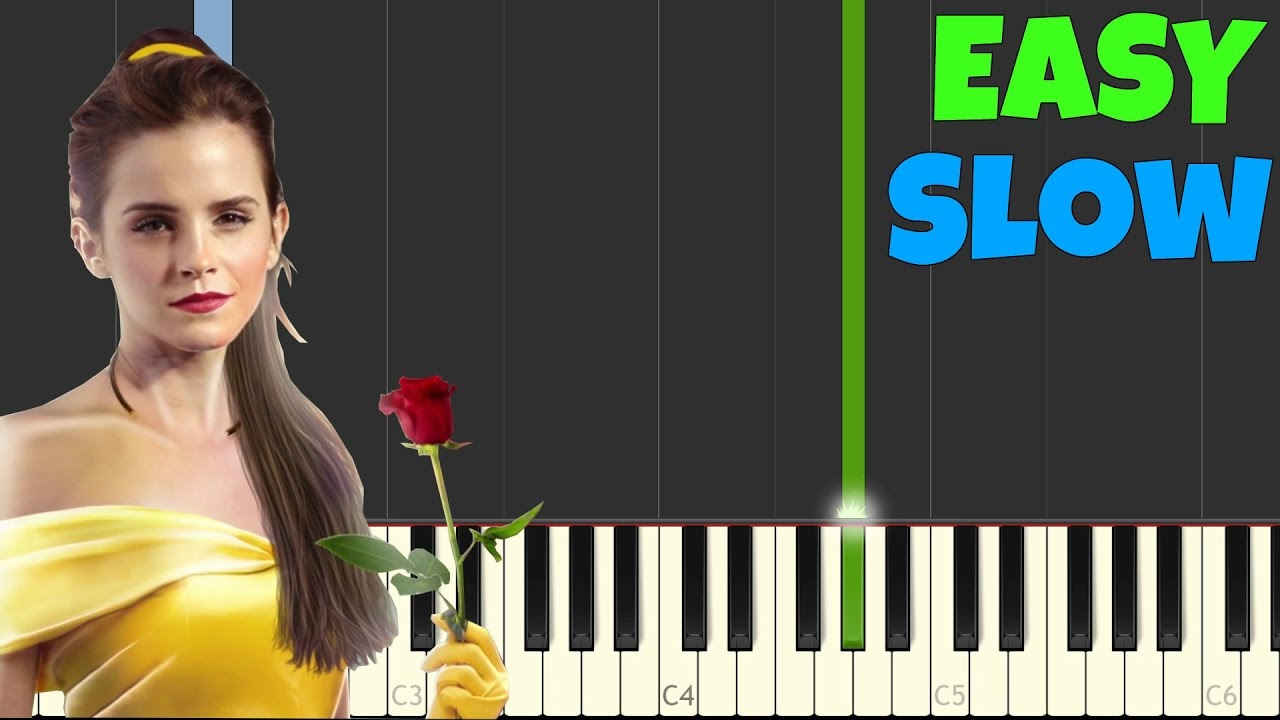 🌟Comment:
In this SLOW EASY PIANO TUTORIAL for beginners simplified version you can learn HOW TO PLAY The Beauty And The Beast by Disney on piano! 🙂

🌟Fun fact:
Beauty and the Beast is an upcoming American romantic fantasy musical film directed by Bill Condon and written by Stephen Chbosky and Evan Spiliotopoulos. A Walt Disney Pictures production, the film is a live-action remake of Disney’s 1991 animated film of the same name, itself an adaptation of Jeanne-Marie Leprince de Beaumont’s fairy tale. It is the 28th live-action feature of the 2010s, following 2016’s Pete’s Dragon. The film stars an ensemble cast that includes Emma Watson, Dan Stevens, Luke Evans, Kevin Kline, Josh Gad, Ewan McGregor, Stanley Tucci, Audra McDonald, Gugu Mbatha-Raw, Ian McKellen and Emma Thompson. In the film, Belle is taken prisoner by a fearsome Beast in his enchanted castle and learns to look beyond his appearance while evading a narcissistic hunter who seeks to take Belle for himself.

🌟Lyrics:
Tale as old as time
True as it can be
Barely even friends
Then somebody bends
Unexpectedly

Beauty and the beast