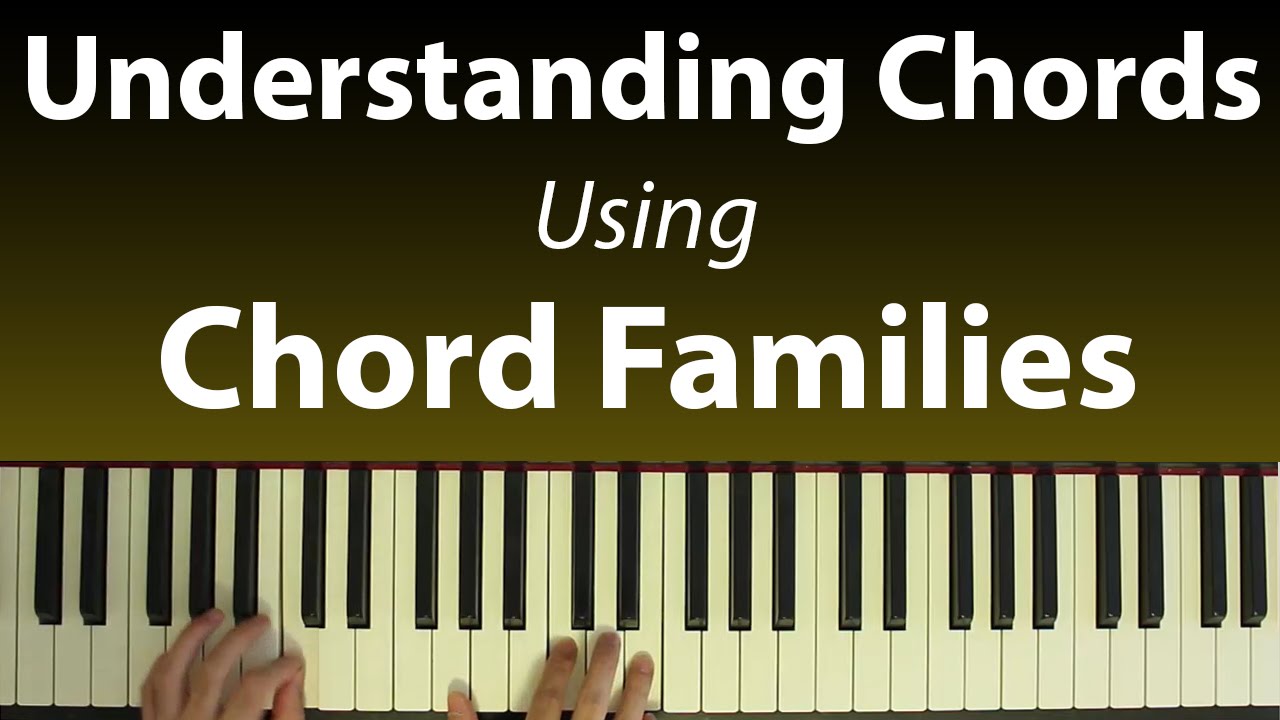 Chords
Share on Facebook
Share on Twitter
Share on Pinterest
Share on LinkedIn
Chords are the basic building blocks of any song. But which chords should you play? How to build a chord progression? In this piano harmony lesson I will teach you an approach that involves “families” of chords that seem to fit well together. We will examine one such “family”, where each chord can pretty much be followed by any other chord from the same group. This gives you an immediate tool for building a harmonic vocabulary without having to think about complex substitutions or other such weird rules. Chord families are fun because they are so easy to use, and they are a powerful tool for songwriting as well, so come along and learn all about them in this tutorial.

A chord, in music, is any harmonic set of three or more notes that is heard as if sounding simultaneously. These need not actually be played together: arpeggios and broken chords may, for many practical and theoretical purposes, constitute chords. Chords and sequences of chords are frequently used in modern Western, West African and Oceanian music, whereas they are absent from the music of many other parts of the world.

In tonal Western classical music, the most frequently encountered chords are triads, so called because they consist of three distinct notes: further notes may be added to give tetrads such as seventh chords and added tone chords, as well as extended chords and tone clusters. Triads commonly found in the Western classical tradition are major, minor, augmented and diminished chords. The descriptions major, minor, augmented, and diminished are referred to collectively as chordal quality. Chords are also commonly classified by their root note—for instance, a C major triad consists of the pitch classes C, E, and G. Chords may also be classified by inversion, the way in which their pitches are vertically arranged.

An ordered series of chords is called a chord progression. Although any chord may in principle be followed by any other chord, certain patterns of chords have been accepted as establishing key in common-practice harmony. To describe this, Western music theory has developed the practicing of numbering chords using Roman numerals which represent the number of diatonic steps up from the tonic note of the scale. Common ways of notating or representing chords in Western music other than conventional staff notation include Roman numerals, figured bass, macro symbols (sometimes used in modern musicology), and chord charts. Each of these systems is more likely to appear in certain contexts: figured bass notation was used prominently in notation of Baroque music, macro symbols are used in modern musicology, and chord charts are typically found in the lead sheets used in popular music.