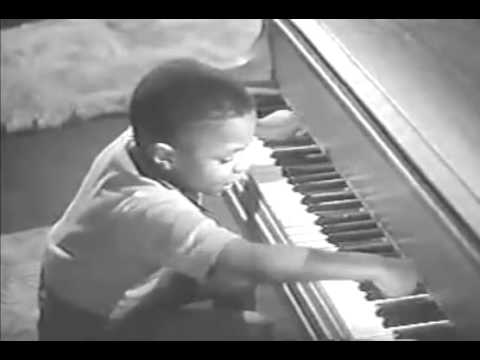 It really is “Sugar Chile” Robinson﻿ was born Frank Robinson in 1938 in Detroit. A child prodigy at the age of two, he worked with Lionel Hampton and Frankie Carle (both master pianists themselves) and performed for President Truman at age seven. He appeared in the movie “No Leave, No Love” (the source of this clip) and scored two R&B hits in 1949: “Numbers Boogie” (Capitol 70037) which reached #4 and “Caldonia” (Capitol 70056) which reached #14. He stopped recording in 1952 to concentrate on academics.